NAFTA and the Digital Economy: A Case for Targeted Revisions to Strengthen the Trading Bloc by Reducing Barriers Affecting Digital Services and Increasing Protection of Intellectual Property Rights

When the North American Free Trade Agreement (NAFTA) entered into force in 1994, businesses involving current applications of modern technology such as online marketplaces, the cloud, the app economy, artificial intelligence, precision agriculture, and machine learning, were not part of an enterprise’s business operations. Today, hundreds of thousands of businesses use the internet to directly access customers in North America and around the world. The United States is a global leader in digital trade with a $159 billion trade surplus in digital trade,Canada is home to a thriving digital media industry that employs over 50,000 employees and generates USD 5.9 billion in annual revenue, and according to the Mexican Internet Association’s latest available data, the Mexican e-Commerce market had a value of USD 16.2 billion in 2015 and grew at an annual rate of 59 percent.

Exporters within the U.S., Mexico, and Canada (the NAFTA Member States) are leveraging internet-enabled tools, such as e-commerce, to connect with customers in nearly every foreign market in the world. A modernized NAFTA would help the United States, Mexico, and Canada maintain and build on this leadership. The renegotiation of NAFTA is an ideal opportunity to set the gold standard for digital free trade.

The full article attached in the following link. 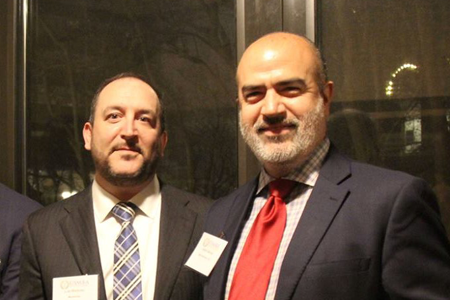 2nd Place at the writing competition